I spent my vacation making sure Taco recovered both from his extraction and the drugs necessary to stop him from clawing out his mouth stitches. My husband and I both did this sick. In our entire 15 years of relationship, we’ve never been sick at the same time but we managed it this time – with a recovering Taco to boot.

Taco’s fine. Mostly. We anxiously watched him go in and out of the litter box without peeing – panicking about crystals and blockage and god forbid starting the peeing on the couch thing again (Taco has Idiopathic Urinary Cystitis which you can read alllll about). But ultimately he’s peeing normally again, he healed just fine and he’s off antibiotics, which is good, because now he has diarrhea. In fact, he’s had it all week. We’ve tried pet store probiotics but his poop is still not log-shaped. 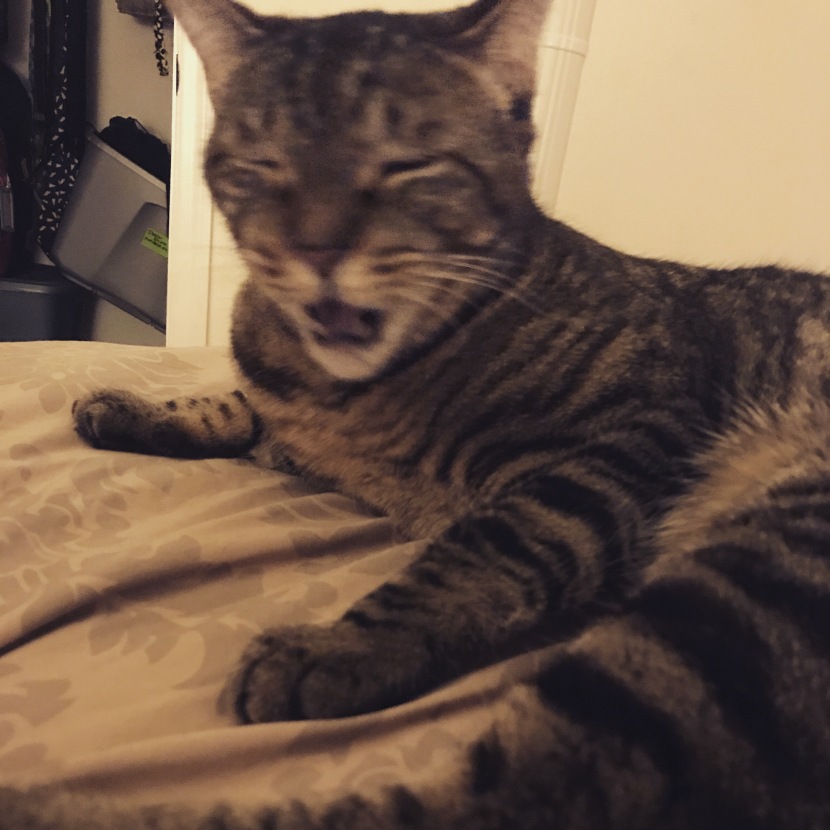 My poor baby. The vet had us start some pill yesterday which amazingly we got down his gullet TWICE! Without losing fingers! And a vet-approved antibiotic. Also pumpkin. As of this morning it hadn’t all worked yet but I have high hopes for the next BM.

When did this become my life? Tracking litter boxes?

Side note, Taco’s bottom tooth gets stuck on his upper lip sometimes now which unfortunately caused a sore. The vet says he’ll get a callus – but aside from removing the bottom tooth (hell no) there’s no cure for the dumdum face he makes when it gets stuck. Can I still love him? We’ll see. 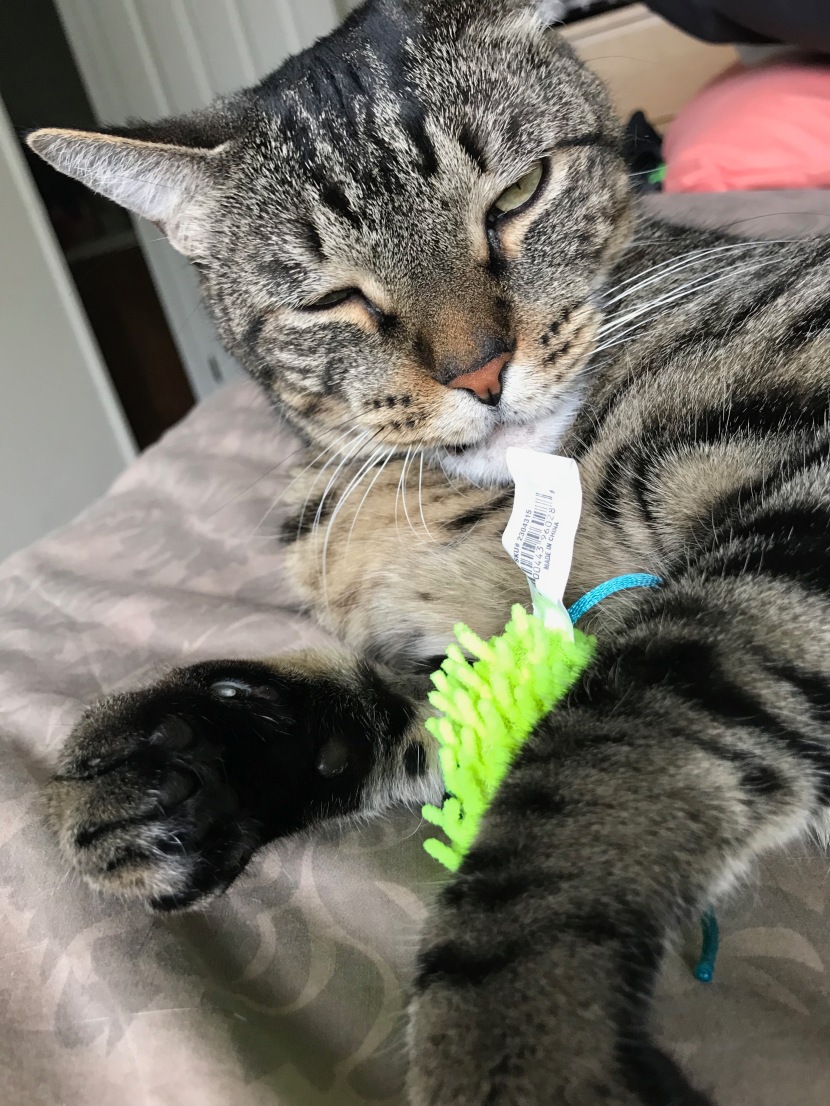