If you’ve read this blog before, you may know that I’m a vegan. I’m not one of those horrible militant ones who don’t speak to people who eat animal products. I was a vegetarian from ages 15-21, when suddenly I decided I wanted a chicken sandwich. Then I was a meat-eater until I think age 24 (I’ve totally forgotten how long it’s been) when I decided to cut out all animal products all together and follow a vegan lifestyle. This was due to a variety of reasons, the first being that I have a weak stomach and I never really liked meat all that much anyway – the whole idea of it grosses me out. I’ve also never really been a big fan of cheese, which I have found is unimaginable to a great deal of people. I hate eggs. I never drank milk. And I read Skinny Bitch, which I thought was just a book telling you in very mean ways that you have to stop eating crap and stop eating so much in general. I mean, it was, but the crap they tell you to stop eating is animal products. I’ve known a lot of uppity vegans so I was hesitant to go for it but I kept reading and decided screw it, it’s not like I eat that much animal anyway. I did not, however, realize how many animal products are hidden in regular ones, resulting in cutting myself off from an awful lot of food. You wouldn’t believe how many products sneak whey in.

But although I stay pretty close to totally vegan, my world won’t come to an end if I don’t. Depending on how hungry I am when we go to restaurants (you don’t want to see me hungry, I get HANGRY), I may or may not feign innocence as to asking what exactly is blah-blah made with. I try to only buy faux leather but sometimes I forget to look and you know, oops. I eat honey. Sounds weird to have to say that, but some vegans don’t. I mean, even white sugar isn’t vegan, it’s processed with animal bones. I use raw sugar myself, but I don’t not eat things with sugar in it.

The point. The boyfriend and the cats are solid meat eaters. I can’t tell you how many times I’ve been asked if my cats are vegan. Is there no logic left in the world? I’ve also had plenty of shocked reactions when I tell people my significant other eats meat. What? How can this be? A MEAT EATER and a NON MEAT EATER living in the same house? Egads! More amazingly, sometimes I MAKE meat meals for him! I feed the cats meat! OH, THE HORRORS!

Yup, that’s meat. Real meat. I don’t let my kitties eat byproducts. Except for the stupid prescription food. I hate that.

I have no real point to this story other than that earlier I was putting stuff in the crockpot to make chicken gumbo for the boyfriend. I’m not a huge fan of cutting raw chicken but I can manage. However…fresh andoille (sp?) sausage…that is apparently my grossout breaking point. I made the boyfriend cut that. I can’t even look at the crockpot right now. I’m still nauseous just thinking about it. As a polack, I grew up on kielbasa. I’m so glad that I didn’t comprehend what it was then. I could never ever ever eat that again. I suppose it’s better than the traditional Polish blood soup that my dad had to eat when he was a kid, though. 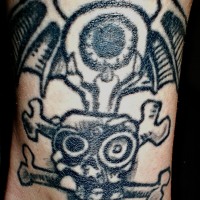