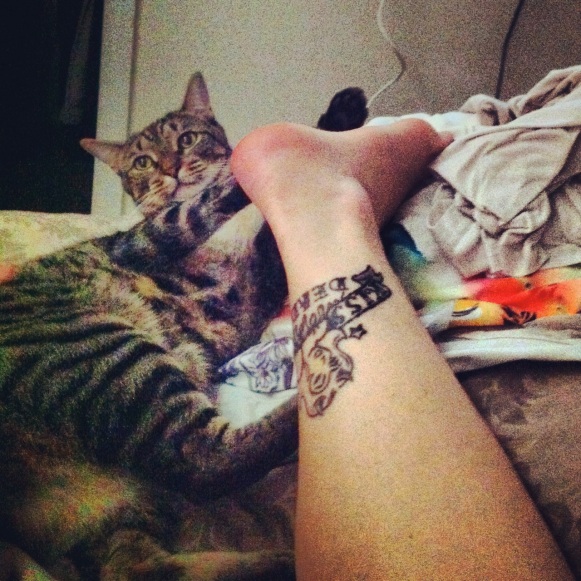 I am a klutz. I’ve always been a klutz. I trip over things it should be impossible to trip over, I run into things that weren’t even remotely in my way and I’m covered in bruises.

There was the time that I got off a machine at the gym, bent down to pick up my bag and smashed my forehead into the arm that holds the plates on the leg press that was next to me. That left a dent. I was shocked it didn’t split my head open.

I put a knife through my hand emptying the dishwasher. That was two stitches. 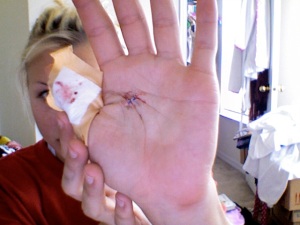 I sliced my shin open moving a broken mirror while trying on outfits for my 7th grade picture day. Stitches…haute couture accessory!

I fell off a docked sailboat while getting off onto the dock, straddling the rope that moored it — resulting in the only broken bone I’ve ever had — tailbone. At least I think I broke it, I couldn’t sit for weeks. It still aches a little while doing lunges.

Last night I caught my thumb in the door hinge while closing it. Not sure how I did that, really.

These are just a few examples of why I own the title “Princess Grace.”

So. WHY do I have cats that add to the injury tally? Today, I closed my foot in the door because I thought I stepped on one of them and put my weight back on the foot that I was in the process of moving out of the way of the closing door. This wasn’t REALLY the cats’ fault, the rug had bunched up and that’s what I stepped on…but if the cats didn’t exist, I wouldn’t have thought I stepped on one. 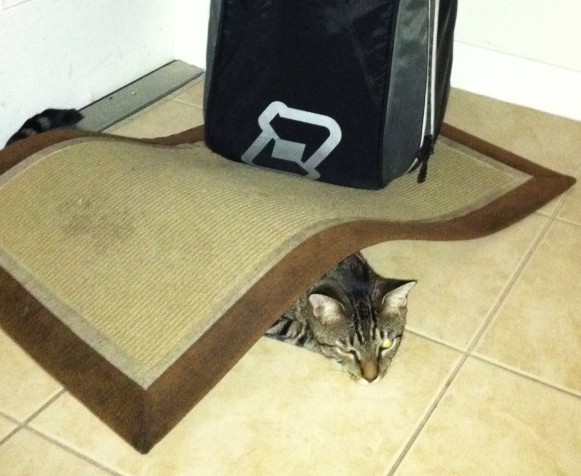 He is TRYING to kill me.

So many times I’ve had to attempt extreme body contortion to grab the railing of the stairs while going down or up when a cat ran underfoot. Countless pulled muscles there.

I’ve had more than one lovely black and blue mark from the cats chasing each other at full speed and I had the AUDACITY to have my leg in the way. Those little buggers have really hard heads. This also causes a rise in my anxiety levels as I watch for signs of concussion. I don’t even know if cats get concussed, yet this is a valid concern for me.

And the scratches. Dear lord. I have more scar tissue than…I don’t know, someone with a lot of scar tissue. Moosh is usually pretty good with the perching on the shoulders but every once in awhile he loses his footing and my chest gets the bloody end of the stick. My most unfavorite is when I’m holding one or the other and something spooks them, resulting in an unwelcome claw stuck in the skin, while I frantically try to stop the spooked cat from flailing and attempting to remove said claw with the least amount of damage possible. And it’s always somewhere fleshy and painful, like a boob or armpit. 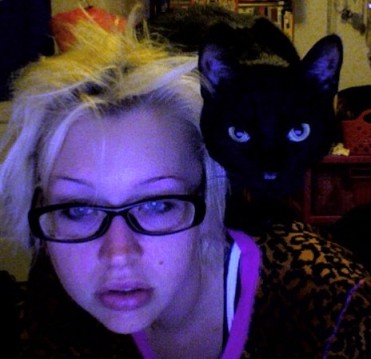 My conclusion is this: my cats will outlive me. 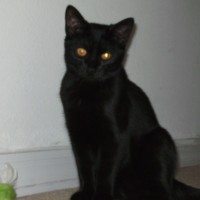