The boyfriend and I are taking a minitrip. We’re not going far (we live in Florida, after all) but it will be away from the boys. Although they will be cat sat by a most dependable kitty mommy (my own) I worry about the trouble these boys will get into. It was suggested to me that perhaps my cats aren’t really as weird as I think they are, that I’m such a crazy cat lady that I watch them more closely than normal people watch their cats. 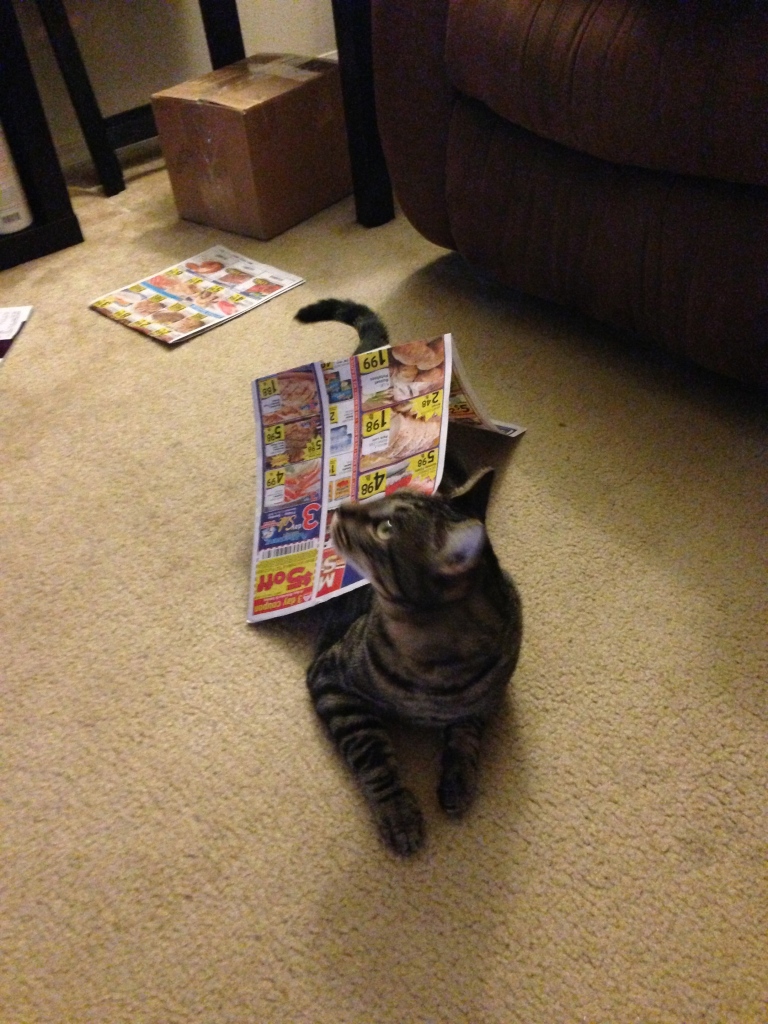 This may be true. But part of the reason I watch them so closely is because I’ve had so many crazy incidents when I don’t. Normal people’s cats don’t eat the handles off garbage bags. Taco is seriously a bad toddler who does things merely to get attention. Actually, now that I think about it, he’s at his worst when he’s right in front of my face. THAT’S when he uses his reserve of “bad cat.” Just a second ago he started batting at the laptop cord that’s sitting next to me. It’s normally well within his reach and he doesn’t bother with it. Now it’s something that he can demonstrate his brattiness on with an audience.

So maybe they’ll be fine. They tend to half-hide from my mom anyway. For two cats who have never known anything but love and affection from everyone that’s ever come in contact with (and considering that the two people that come in contact with them most often sometimes use them for their own amusement), their aversion from people other than me and the boyfriend is baffling. Moosh will be good. At 4, he only feels kittenish half the time. He will, of course, miss “Mommy Moosh Time” but he’ll forget by the time we get back. I thought he would hate me the time we went to Hawaii and boarded him for a week, but he acted like no time had passed and he’d been at home all along.

I’m sure they’ll be upset that we’re not taking them along to what would be nature’s litter box (by that I mean the beach in general, it’s not like we’re going to some el grosso beach) but they’ll live, so long as my mom can figure out the litter genie (they didn’t have diaper genies 30 years ago, it seems).

Taco is currently putting his paw in my glass of water and drinking it from his paw. He has a giant water bowl about 10 feet away. I’m going to have to start buying sippy cups. Those paws have been in poop. Gah.